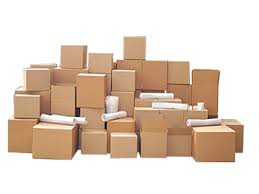 We all make mistakes. One of my most recent ones was to finally give in to the complaints of my wife – amid the mild madness of Zero Alternative’s launch – and agree that we should change some of the old furniture in our living room. In fairness it did need updating, and I had been ducking and weaving the issue for months, always claiming I had a book to finish, and she had a point.

So off we went – crossing most of South London to reach flat-pack heaven, that well-known scandi retailer of anything from light bulbs to fully-furnished offices and homes. I’ve personally always hated it, not because of its quality but because the service can be abysmal, and in the past there’s always been something going wrong with our attempts (or so I feel – my lovely wife obviously disagrees).

And straight up we ran into trouble – we spent a few hours picking and choosing and making a list and in the warehouse they were naturally missing a few items. Which sort of reminded me of what happens when, as a writer, you prep your key scene and leave a few clues lying about through the previous part of the story, and then you realize that the clues are too many, or too little, and you have to go back from the beginning and rework all the various bits before you can actually write the scene you were looking forward to.

It’s not the end of the world, but it’s annoying. Like having to go home and order everything through the website because they don’t have the things in-store. Until you discover that some items are NOT available on the website, but only in-store anyway. (No, it doesn’t make sense, if you’re trying to wrap your head about that).

But eventually it all got sorted, days later some lovely burly guys delivered dozens of heavy boxes that cluttered up our living room and we were ready to go.

Actually – the chap we’d hired to dismantle the old stuff was, before constructing the new furniture. (As I mentioned in a previous post, I am absolutely rubbish at do-it-yourself and I manly drew the line at building something taller than me. I knew it was going to fall on my head if I tried.)

Then the organizing began – we started to take everything out, building tall piles of plates, messes of unused cables and huge towers of books – one of which almost crushed my seven-year-old son, who was too nosy for his own good – and the chap started dismantling first, and building second.

At which point I sat down mildly relieved: not too bad, really.

Then two hours later the scandi curse struck – the burly guys had delivered everything across London, with one exception. A key piece of wood was missing, and the entire wall-to-wall bookshelf could not be built without it.

It was writer’s deja-vu. You’re almost done with your book, you’ve slogged through tens of thousands of words, endless drafts, you think the damn thing is ready and – poof – there’s something wrong. Possibly with one of your main characters. Something is missing – he/she is just not as well-rounded as it felt in your head. It’s not coming out right.

Which is a bit of a nightmare, because you need to go back to all the places he’s in, and tweak and twist and shuffle and add and cut. And you have to decide how and why – but obviously it will have an impact on dialogue, on other characters as well…

It’s just sort of like having to grab the car and re-drive across London at rush hour to find a stupid piece of wood when there are a million other things you should be doing, or you’d rather do.

Writing is a lot like flat-pack building: it’s harder than the instructions let you glimpse, and there’s always some piece missing which will drive you mad.

But oh boy, does it feel good when the last screw actually goes in!

One response to “The Flat-pack Writer”